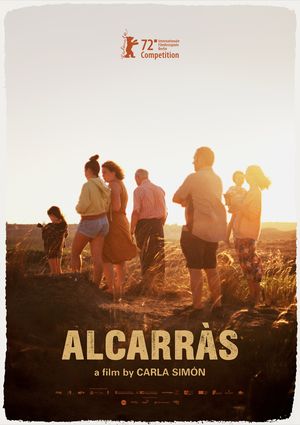 Carla Simón, NIPKOW PROGRAMM fellow in 2018 with Alcarràs, has not only made it into the Berlinale competition, but also won the first prize - the…

Screening of "Taming the Garden" at Berlinale Forum

We are happy to tell you that our fellow's film Taming the Garden, developed at NIPKOW PROGRAMM by Salome Jashi, will be screened at Berlinale Forum.… 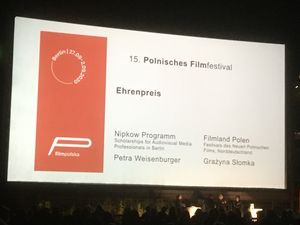 The NIPKOW PROGRAMM has received the Film Polska Award! 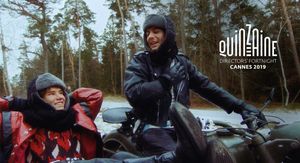 "The Orphanage" by Shahrbanoo Sadat in "Quinzaine des Réalisateurs" 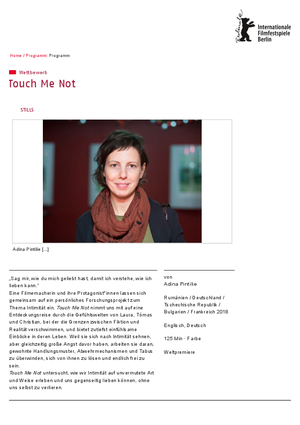 Our Nipkow Fellow Adina Pintilie's Nipkow Project "Touch Me Not" has won the Debut award and the Golden Bear in this year's Berlinale Competition! 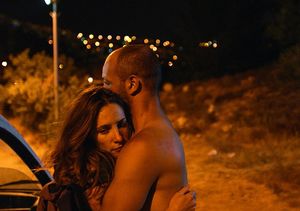 Won Hubert Bals Fund Audience Award in Rotterdam: Myayad Alayan's Film "The Reports on Sarah and Saleem / The balance of power in Jerusalem" 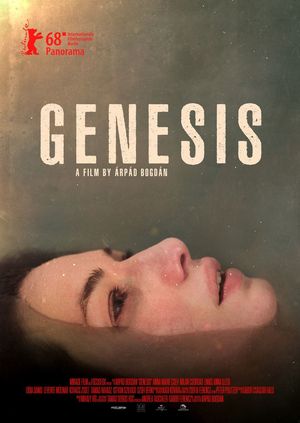 Two women try to escape the Skid Row, the capital of the homeless of the US. 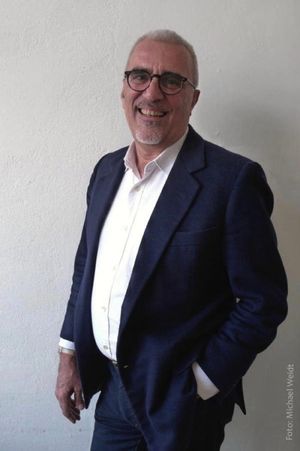 The European Film Academy has announced that this year's European Co-production Award - Prix Eurimages, an award acknowledging the decisive role of…

at the International Film Festival Emden 2017!

We are very proud and enchanted to announce that THE WEDNESDAY CHILD by Lili Horváth has won the East of the West Award and the FEDEORA Award at the 50th Karlovy Vary Film Festival.

We are even more proud to announce that at the 25th film festival Cottbus the Special Prize for Best Director has been awarded to Lili Horváth for THE WEDNESDAY CHILD. The jury commented on its decision with the words: "Lili Horváth led her actors and characters through the story with an emotion, talent and precision outstanding for a debutant directress."

Felicitations to our NIPKOW Fellow Lili Horváth, her production Popfilm/Budapest and her coproduction partner Detailfilm/Berlin!

We are delighted to announce that WEDNESDAY 4:45 (Τεταρτη 4:45) by Alexis Alexiou, after having been selected for competition to the 30th film festival in Tribeca, will be now in competition at the East of the West section of the 50th Karlovy Vary International Film Festival 2015.

Marcell Gerö and Sára Lászlo (Camp Film, Hungary) will be competing with their film CAIN'S CHILDREN  in the 2014 Donostia Zinemaldia / Int. Film Festival of San Sebastián for the coveted Kutxa-New Directors' Award!
We are not only very happy for the NIPKOW PROGRAMM but also for the splendid team Sára and Marcell, and we wish them both and their French coproduction partner a magnificent world premiere!

We are overjoyed to announce that Ognjen Svilicic's latest feature, THESE ARE THE RULES, (Croatia / France / Serbia / Macedonia) will be in competition in the Orizzonti Section of the 2014 Venice Film Festival.

We wish Ogi, his team and his coproduction partners all the very best!

We are very proud and happy that the NIPKOW-supported film A BLAST produced by our fellow Maria Drandaki (Homemade Films / Greece) has been selected for competition in the 67th Festival del film Locarno as well as in the 20th Sarajevo Film Festival 2014.

Congratulations to Maria, her team and all her coproduction partners!

We are proud to announce that the NIPKOW-supported film Le Meraviglie by Alice Rohrwacher has been selected for competition in the 67th Festival de Cannes 2014.

Congratulations to our fellow Alice Rohrwacher and the entire team of Tempesta and Pola Pandora!

We are proud to announce that the NIPKOW-supported film Le Meraviglie by Alice Rohrwacher has been selected for competition in the 67th Festival de Cannes 2014.Congratulations to our fellow Alice Rohrwacher and the entire team of Tempesta and Pola Pandora!... and six of our NIPKOW alumni have their new films in the official selection of Cannes:

- Sergei Loznitsa (once again!) with his documentary Maidan

Congatulations to all of you!

... and three of our NIPKOW alumni have their new films in the official selection of Cannes:

Producer Thanassis Karathanos (Pallas Film), in competition with Sils Maria,
directors Sergei Loznitsa and Vladimir Perisic in Special Screenings with Bridges of Sarajevo
and - once again - Sergei Loznitsa with his documentary Maidan